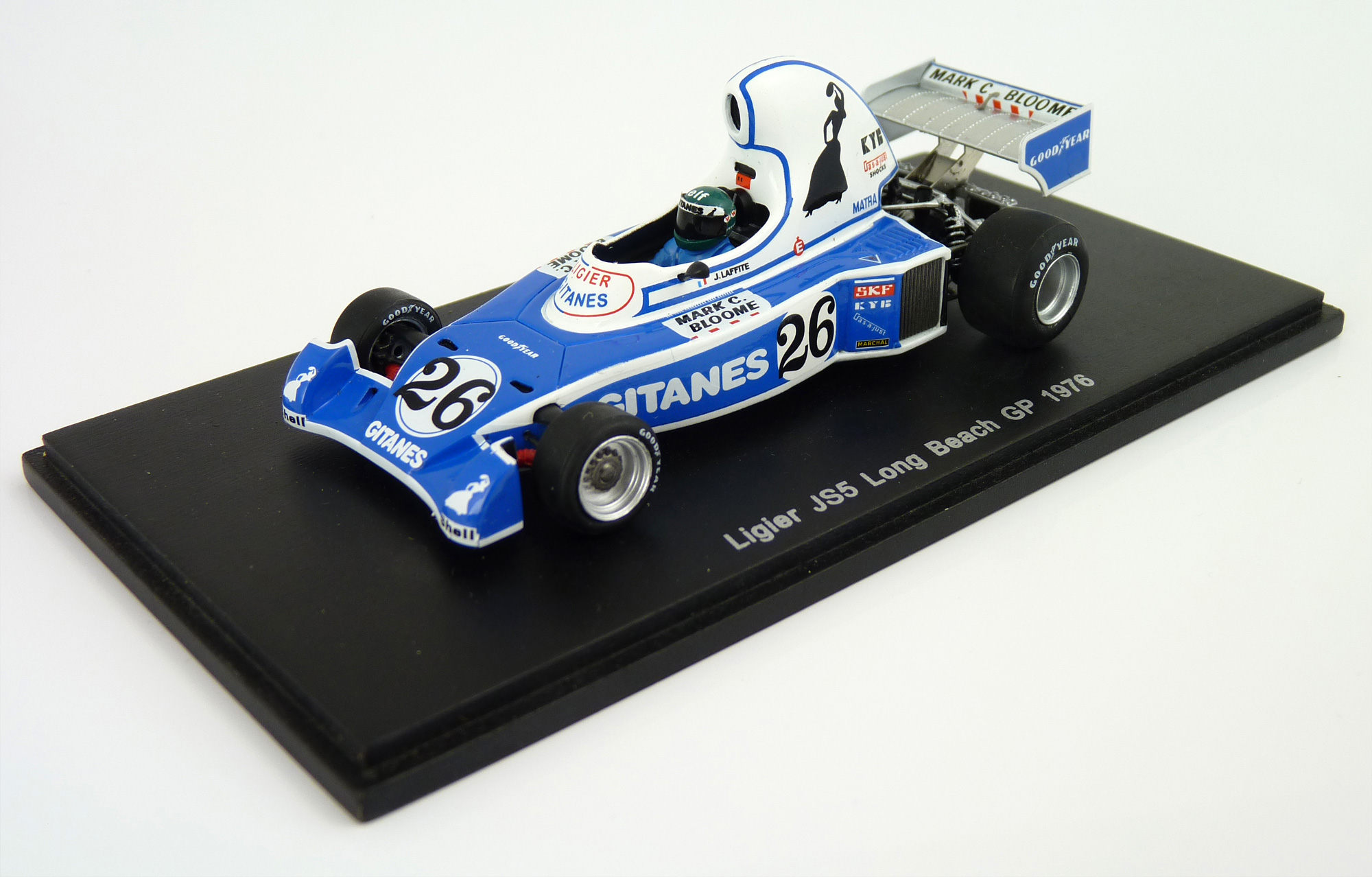 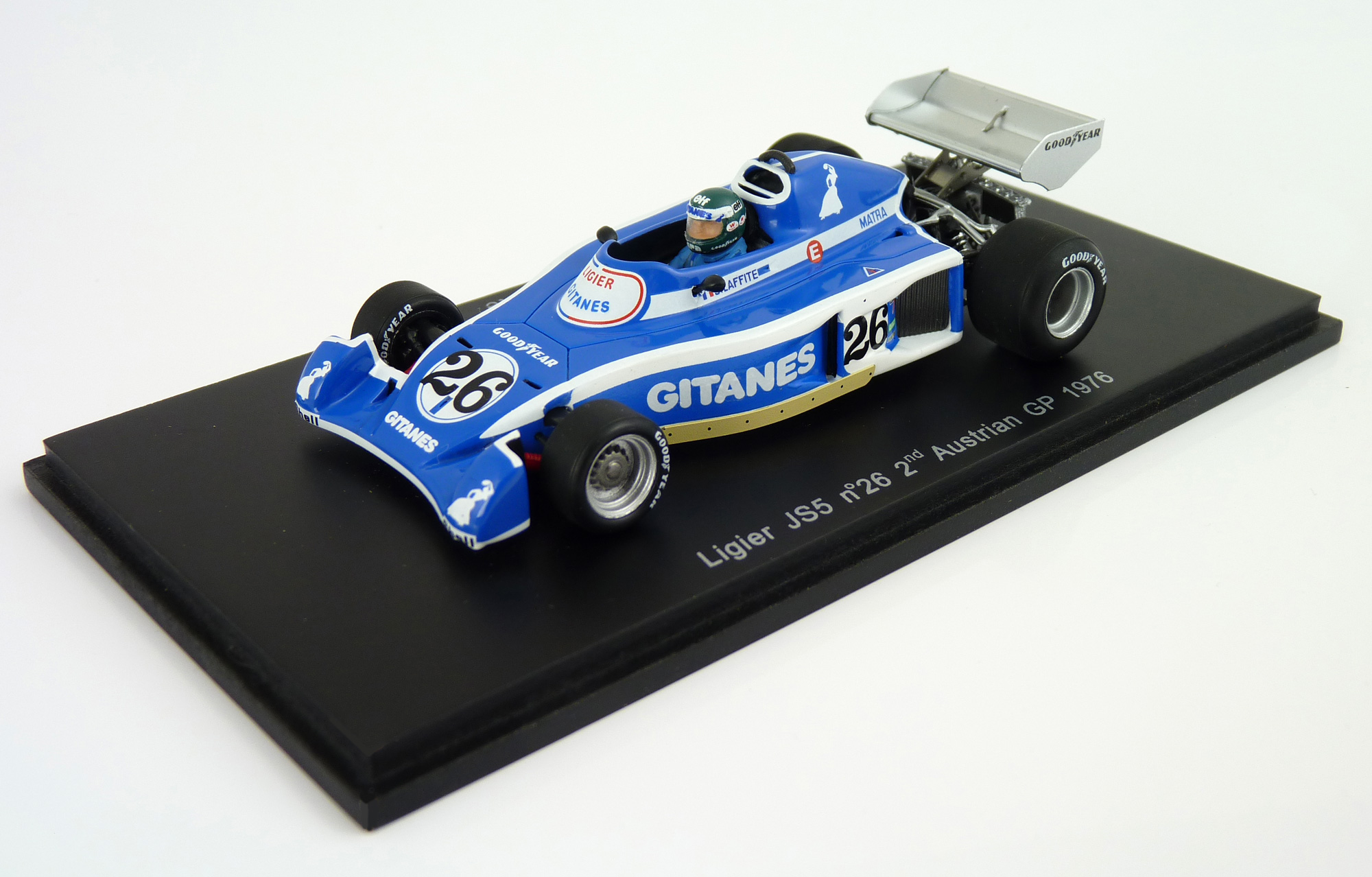 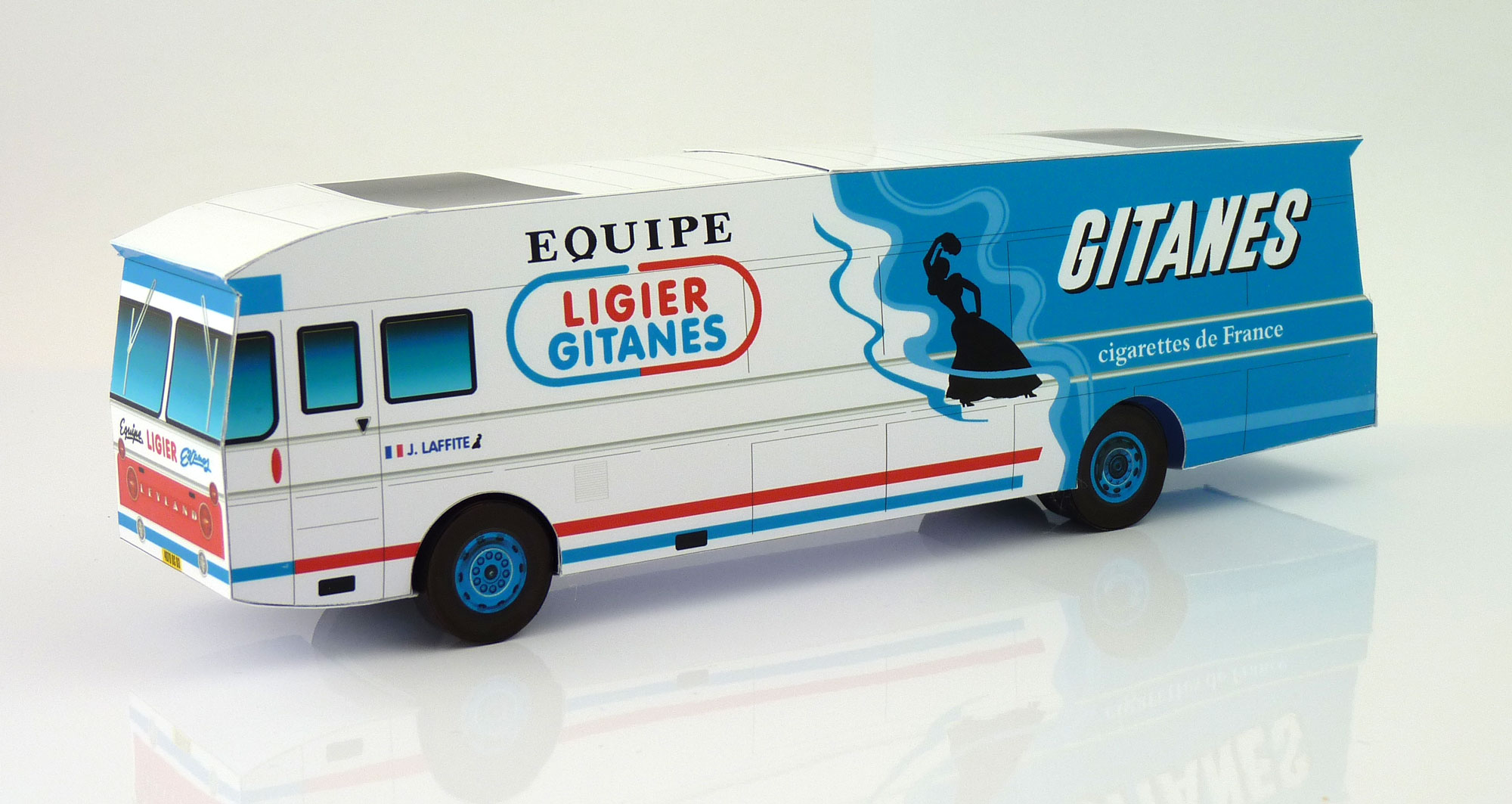 The first Formula One car designed, built and entered by the French Ligier team was the JS5. A very distinctive design, sometimes know as the Teapot, was powered by a Matra V12 Engine. Entering a single car for Frenchman Jacques Laffite, the team had an excellent first year in F1 which included 5 Top 4 finishes alomg with a Pole Position and Fastest Lap. After the first three races, tall airboxes were banned and the revised low air intake was adopted.

The second season of the Ligier F1 team, saw them register their 1st Win. Racing in Sweden, Jacques Laffite. The win was considered to be the 1st for an all French Team. The driver, constructor, engine and sponsors all being French, the only thing that wasn’t were the Goodyear tyres.

At the final race of the season in Japan, the team entered a second car for the first time – Jean-Pierre Jarier taking the seat. 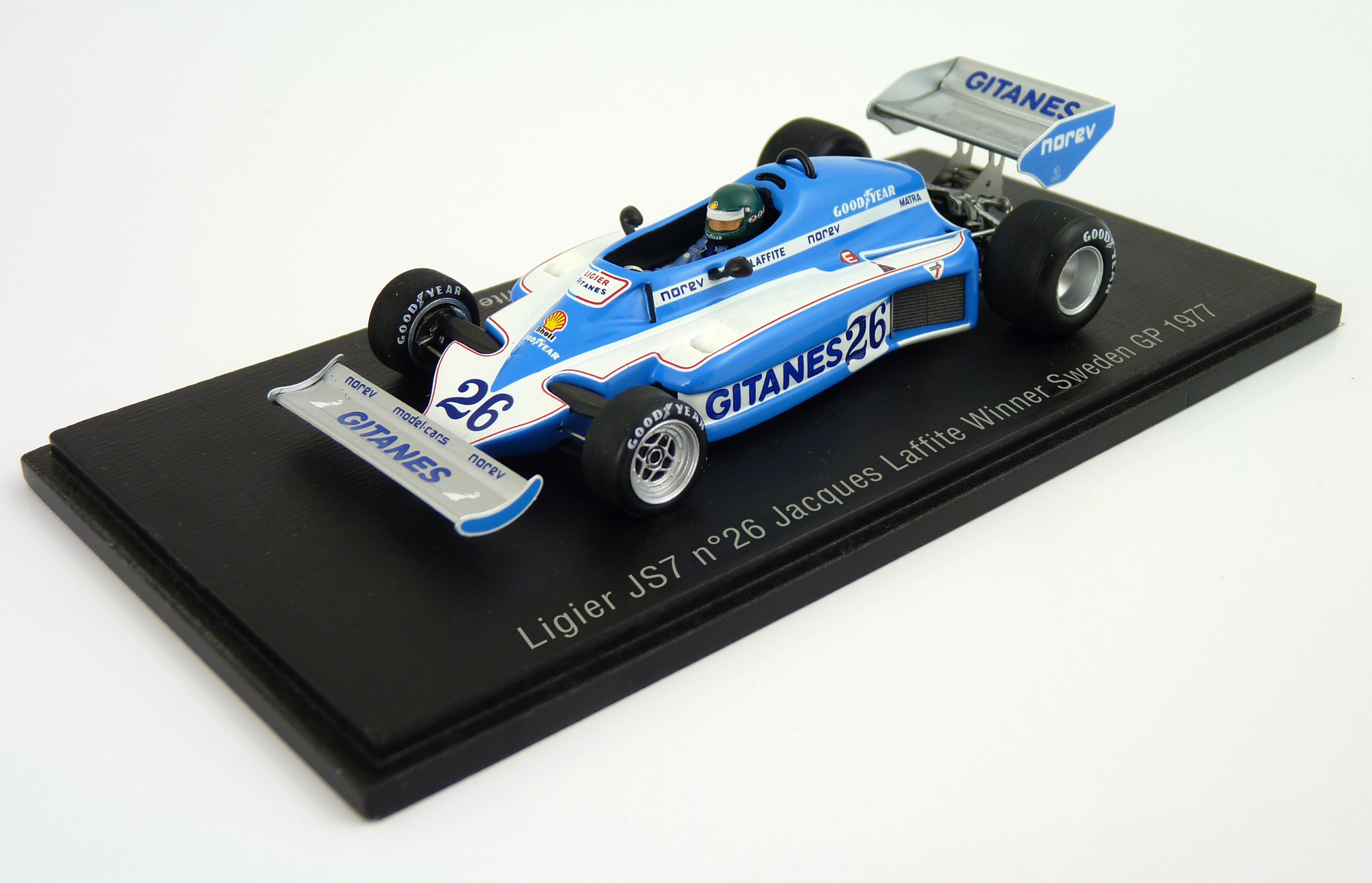 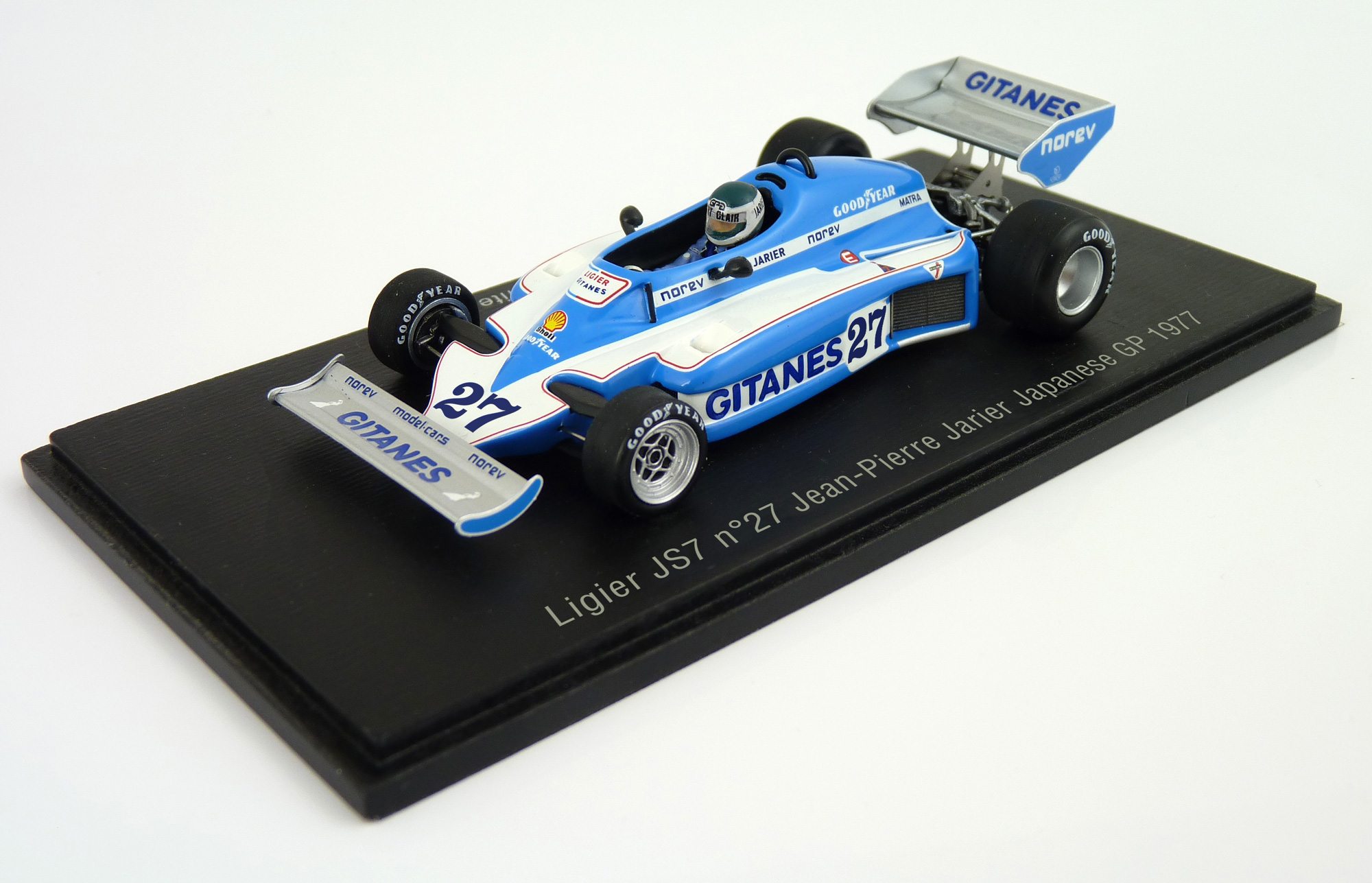 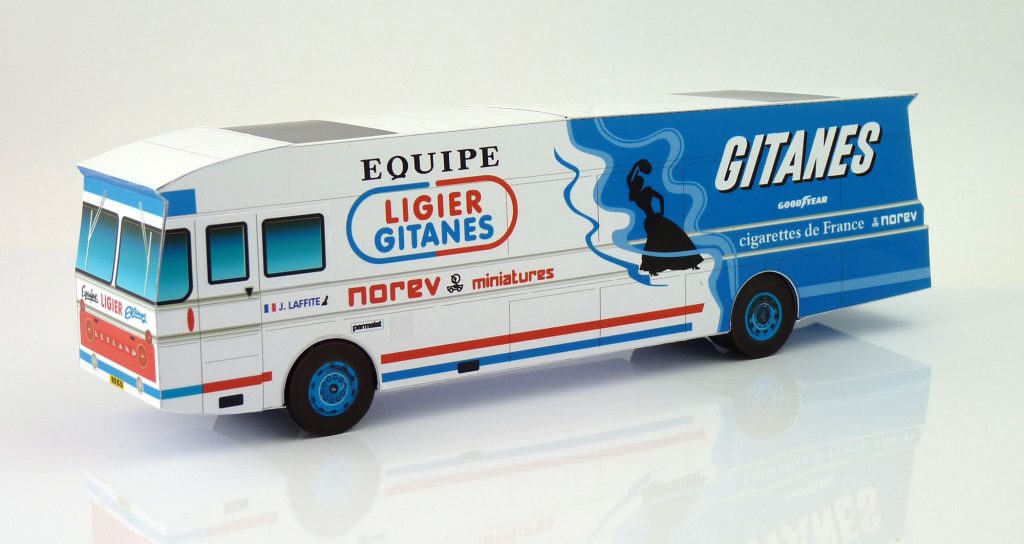 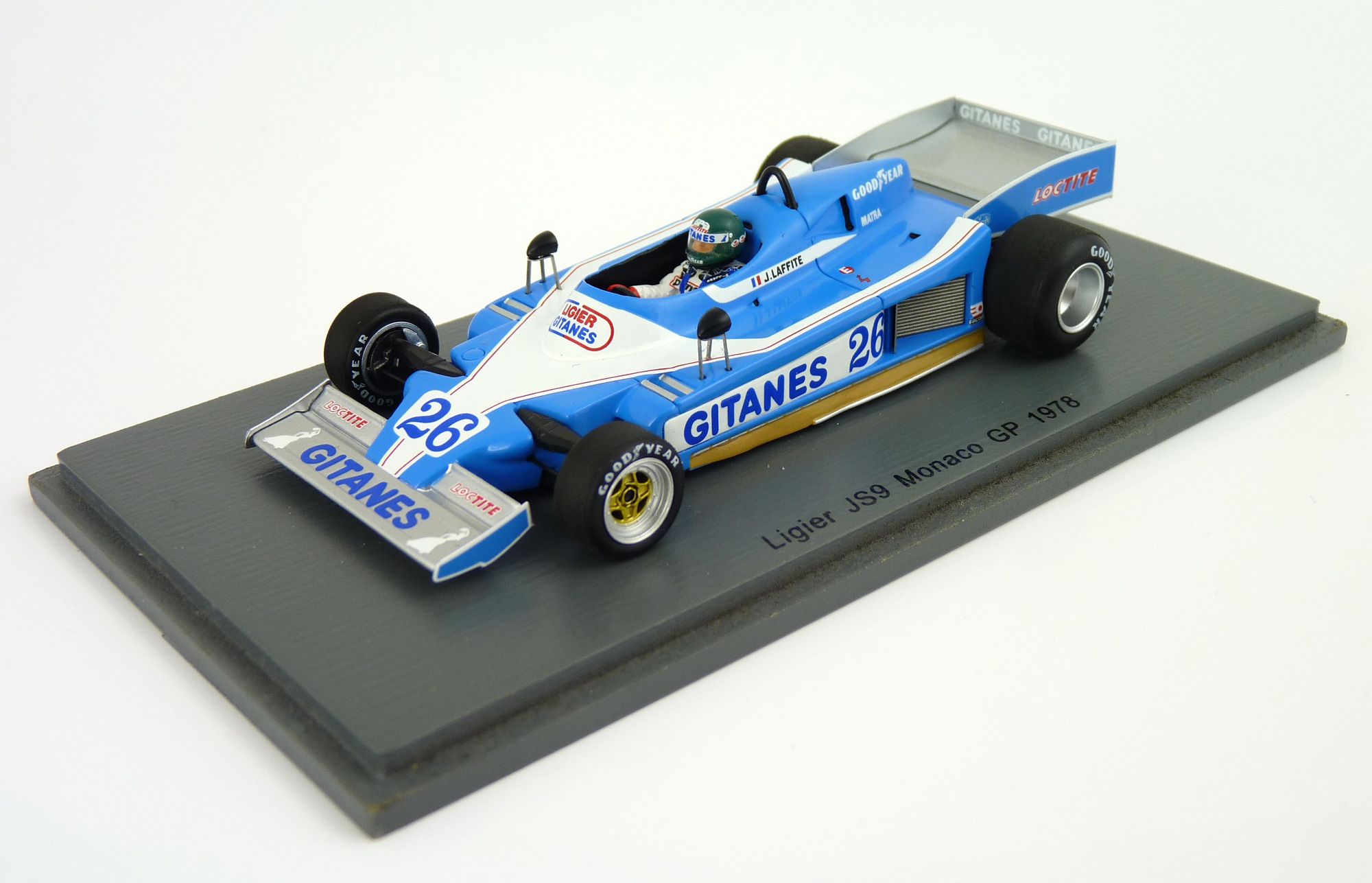 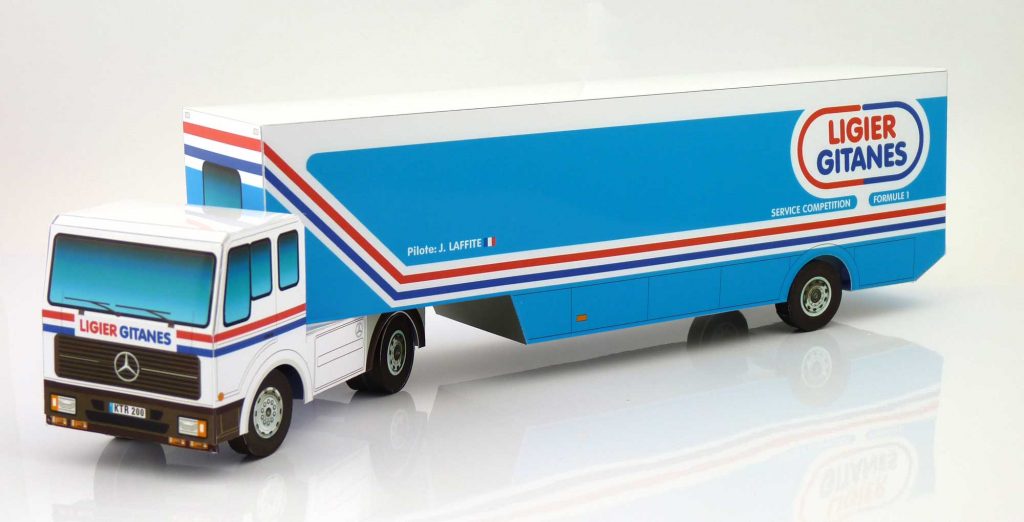 The third year of the Ligier F1 Team was a mediocre one, but with 7 finishes in points scoring places, Jacques Laffite did finish 6th in the World Championship.

For the 1979 season, not only had Ligier decided to run a second car adding Patrick Depailler to run alongside Jacques Laffite, the team had also swapped engine suppliers to Ford Cosworth. The Ground Effect JS11 was an instant success taking the team from the mid-filed to front-runners. Winning the first two races and Depailler scoring a third victory for the team at the Spanish Grand Prix. After a strong first half of the season, the second started badly with Depailler breaking both legs in a hang-gliding accident and replacement Jacky Ickx couldn’t give Laffite the same support at the front of the field. 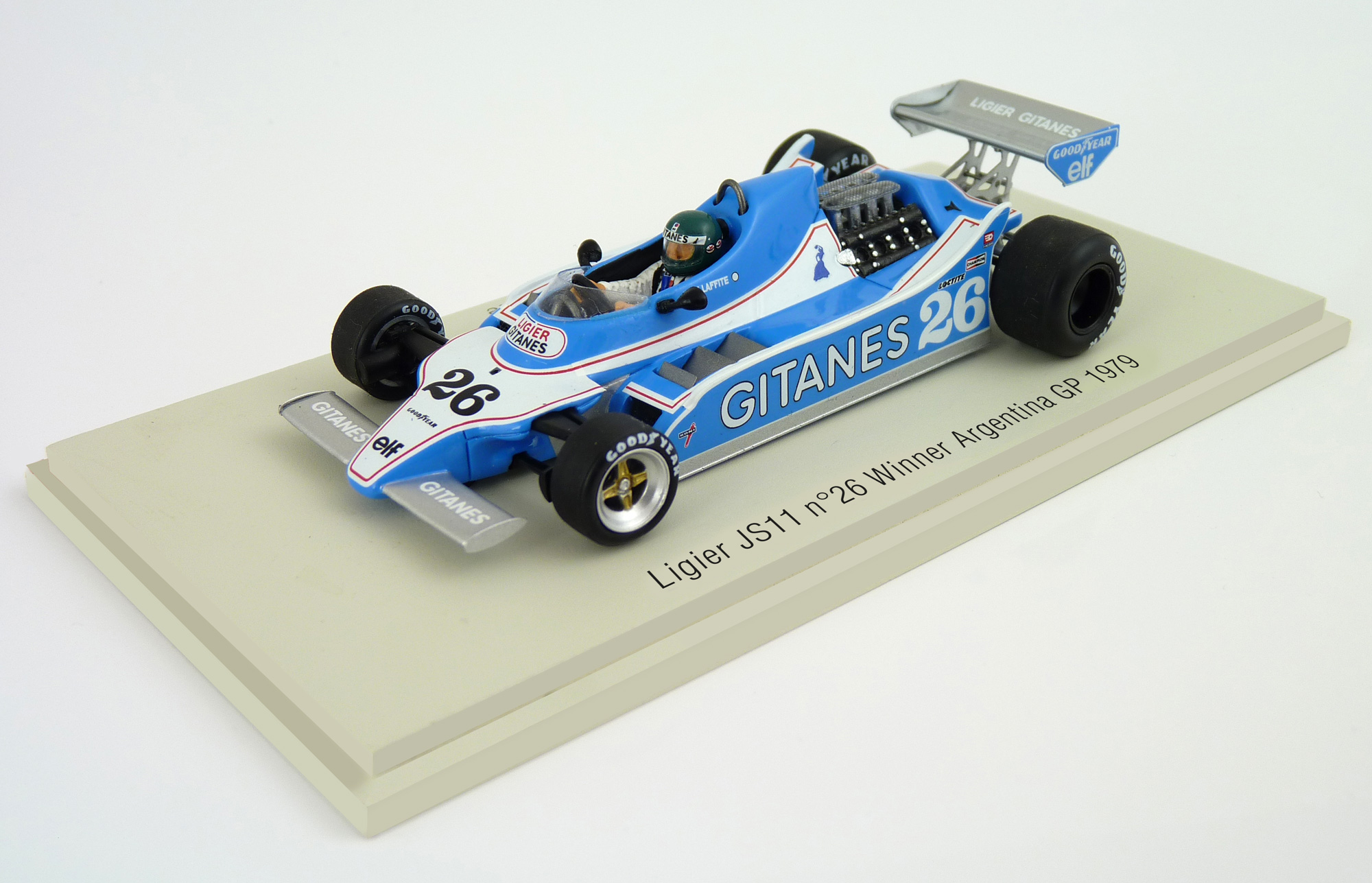 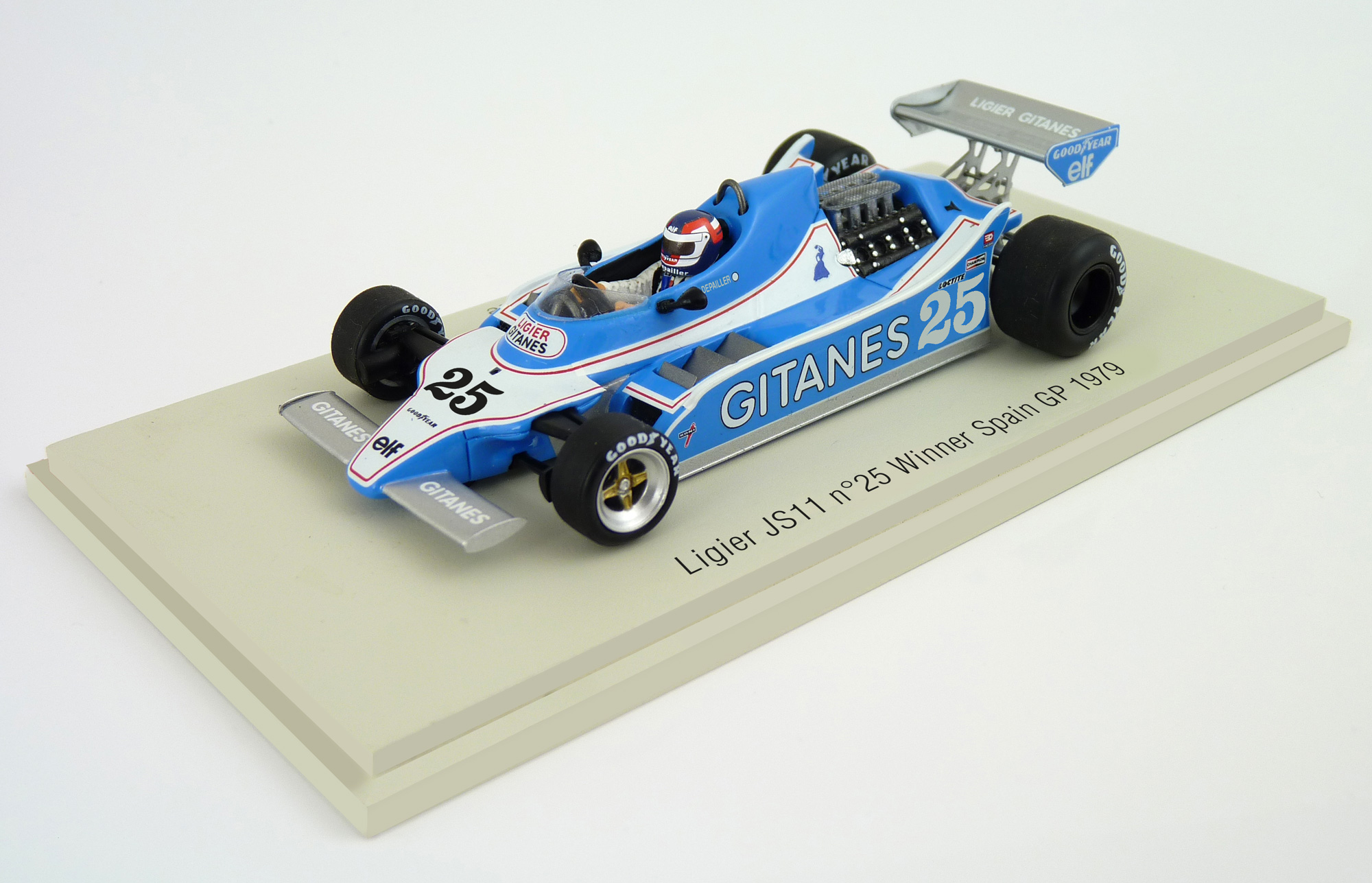 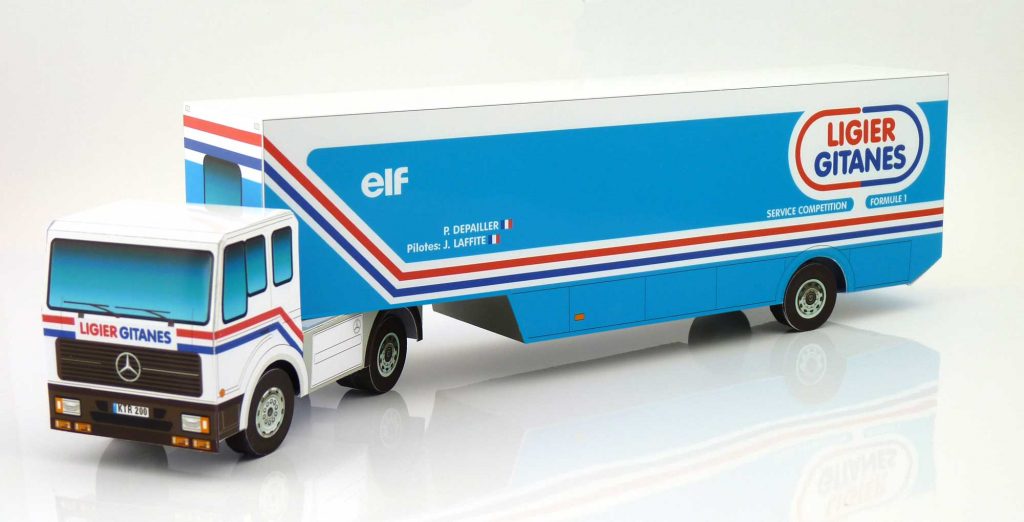 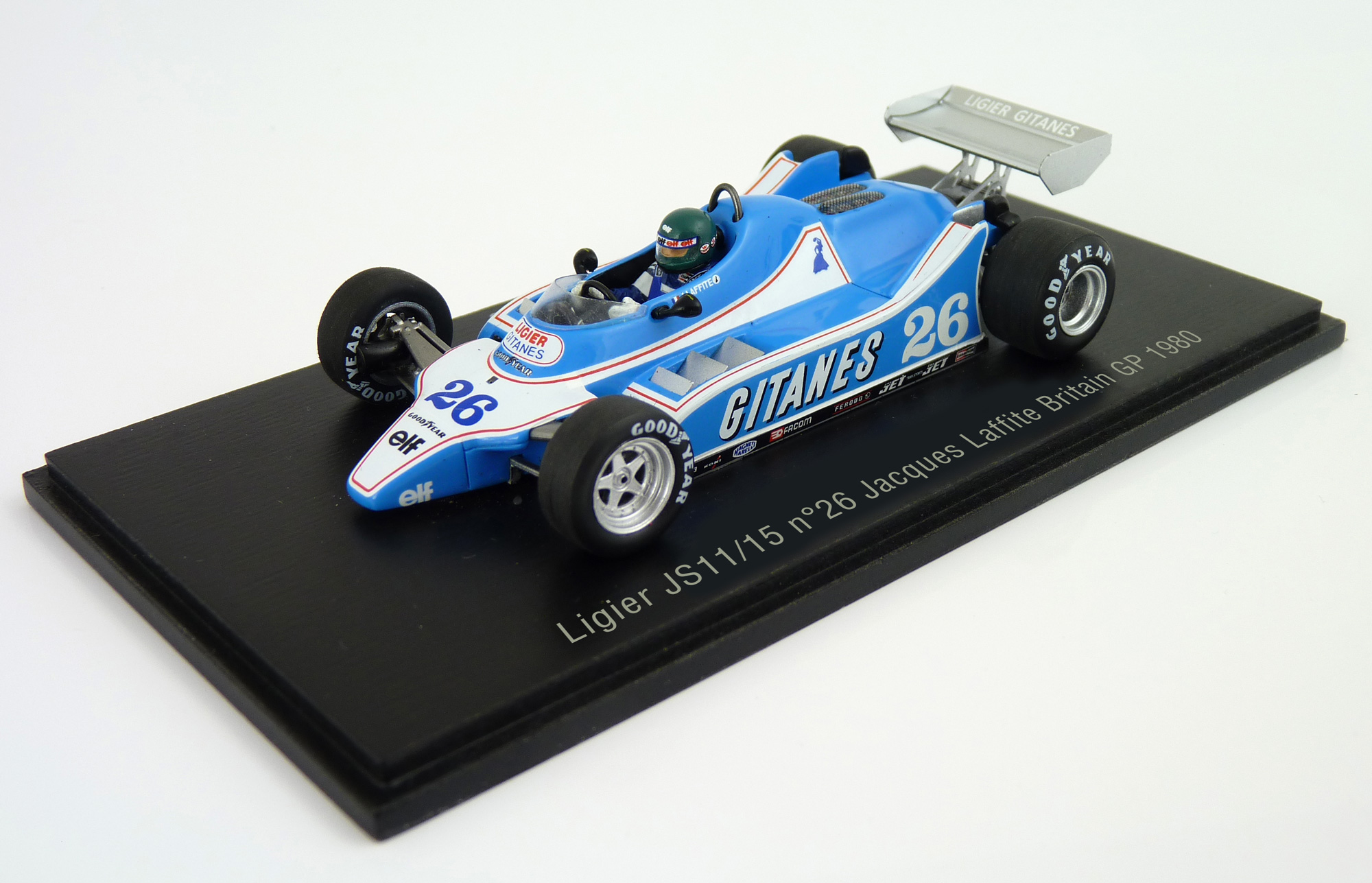 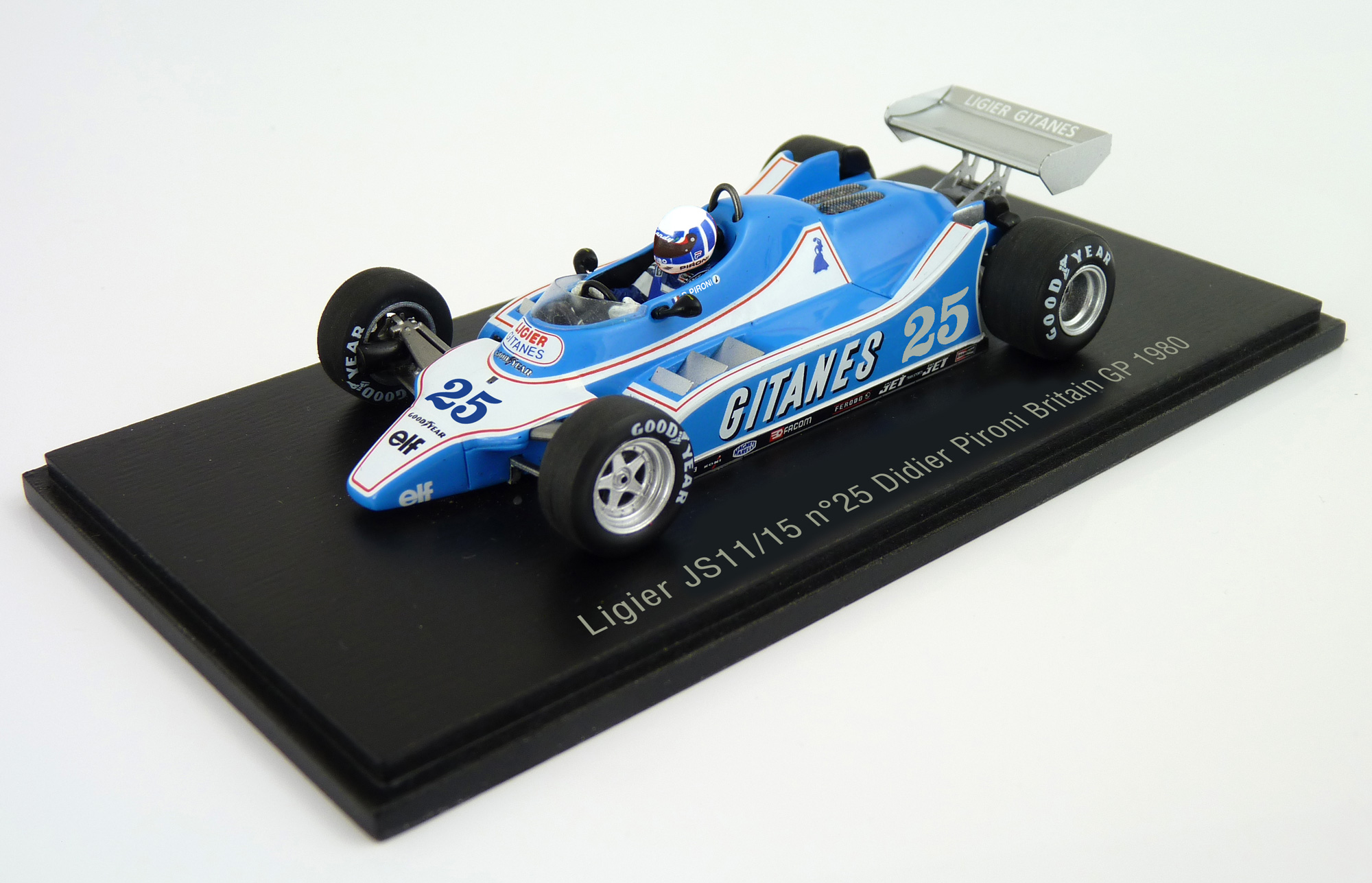 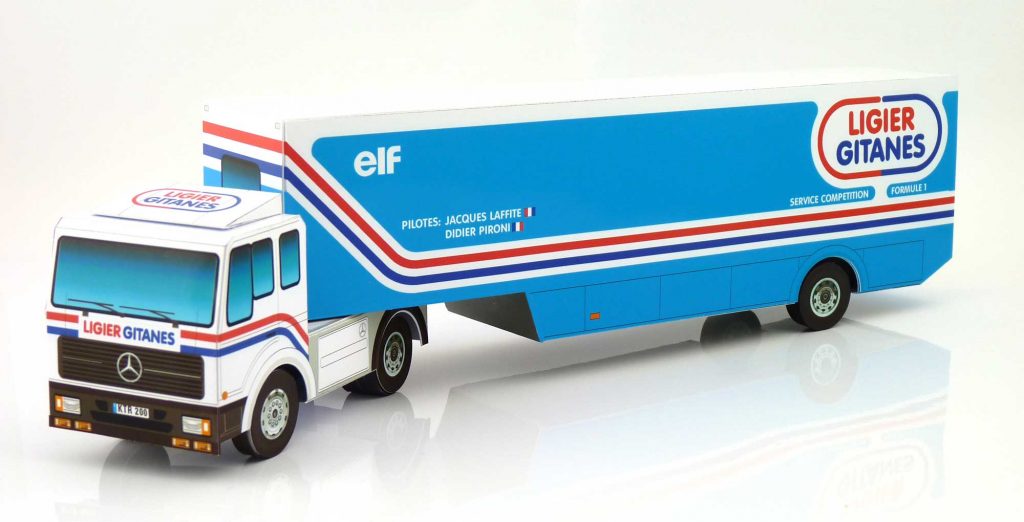 Building on the success of 1979, the developed car once again kept Ligier towards the front of the field. Frenchman Didier Pironi was hired as the second driver who won his first Grand Prix at the Belgian race.