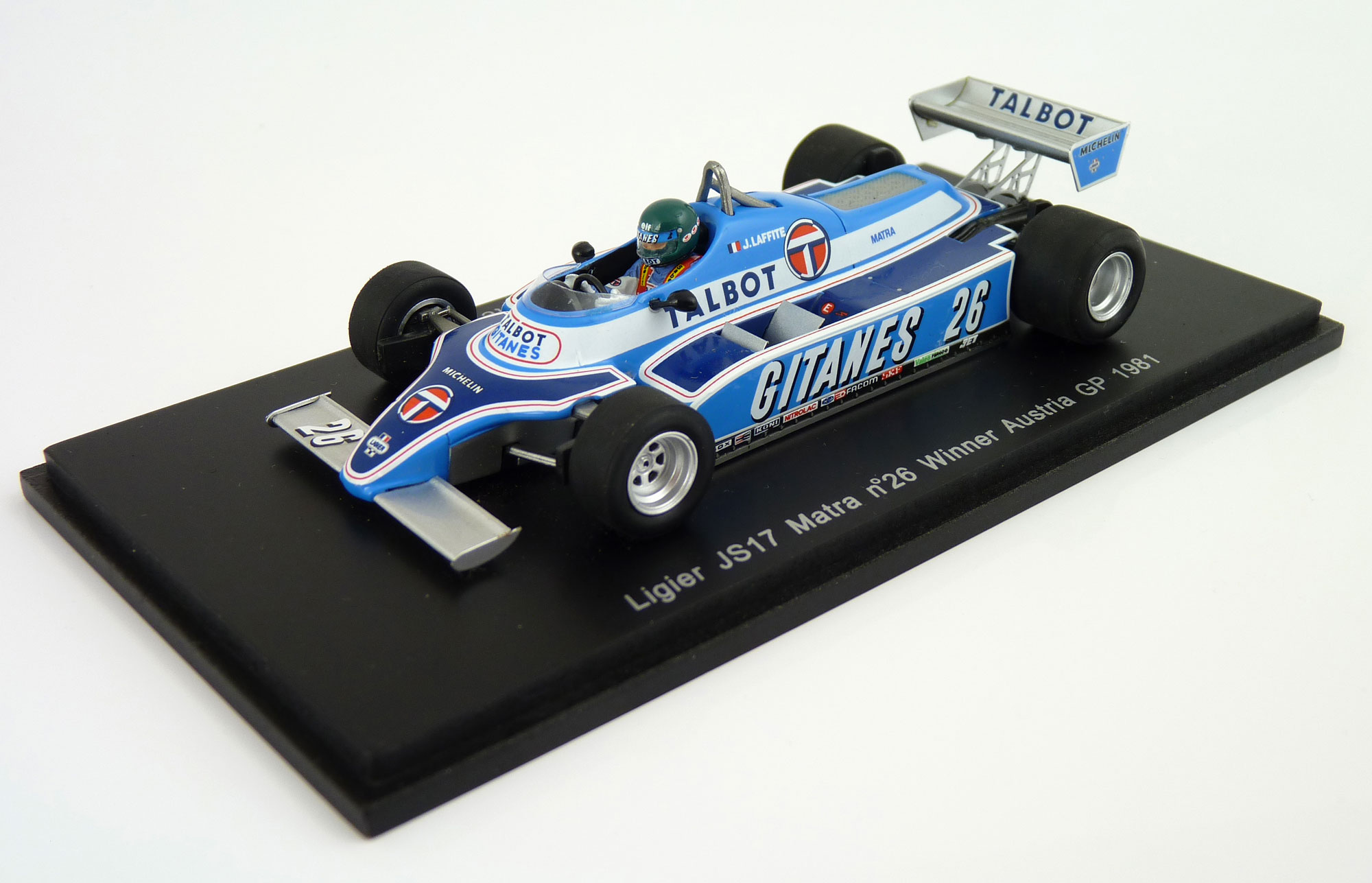 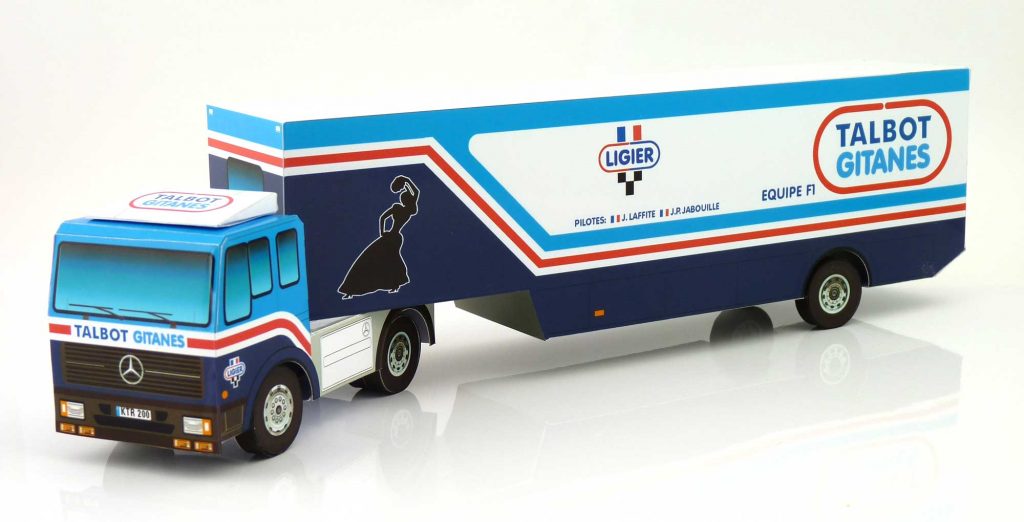 For 1981, Ligier reverted to Matra power, this time badged as Talbot. Jean-Pierre Jabouille, Jacques Laffite’s brother-in-law was hired as the second driver, but his recovery from braking both legs at the tail end of the 1980 season hampered his appearances and he eventually retired after the Spanish Grand Prix. Patrick Tambay replaced him but was unable to add to the Ligier teams’ results.

Laffite is contrast had another very good year, winning 2 races and for the 3rd year running finished 4th in the World Championship.

1982 was a disappointing year for the Ligier Team. Eddie Cheever had joined Laffite to drive the No:25 car. The car never gave really gave the team a chance to run at the front of the field. The best results being a 3rd place for each driver. 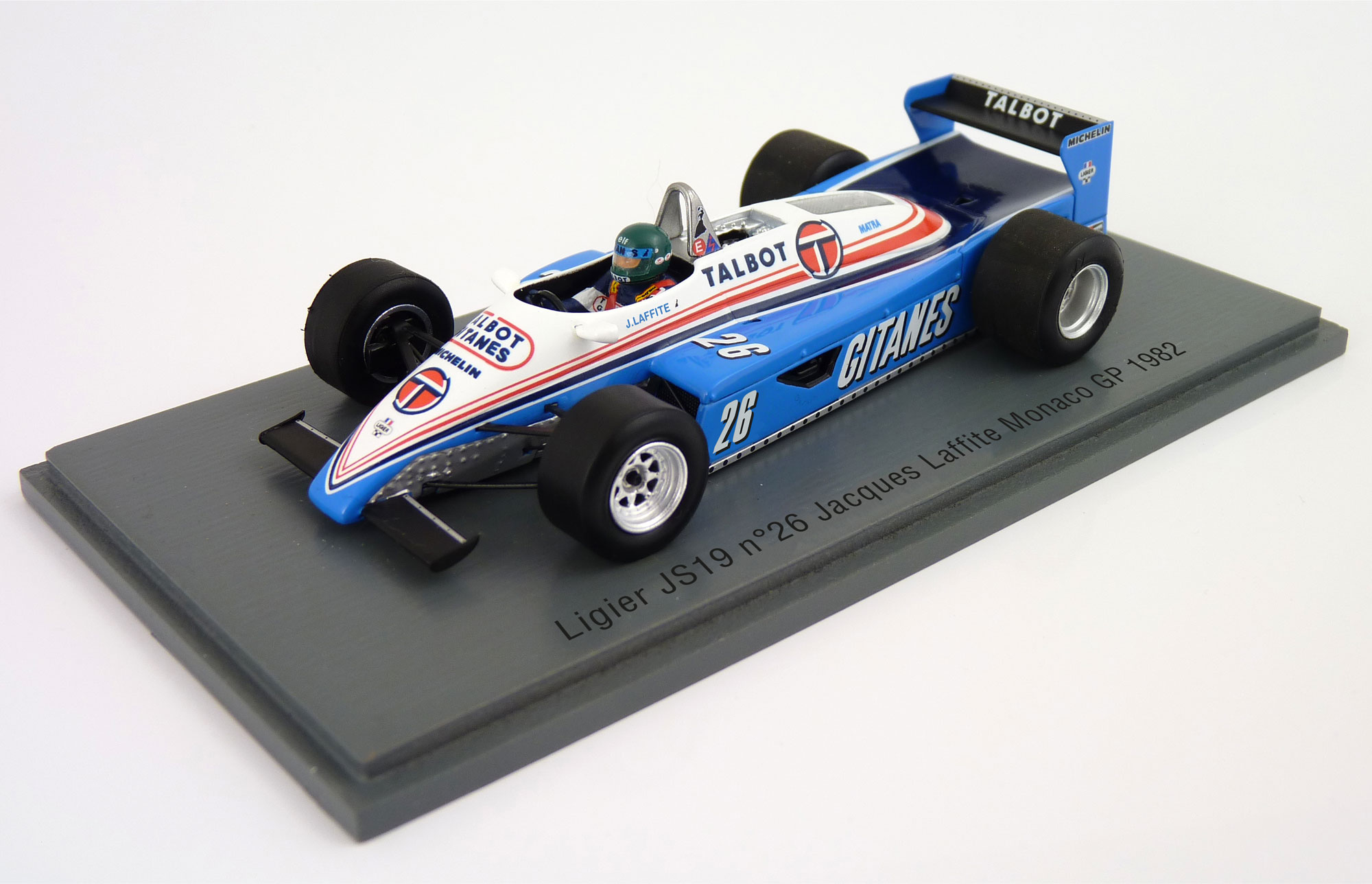 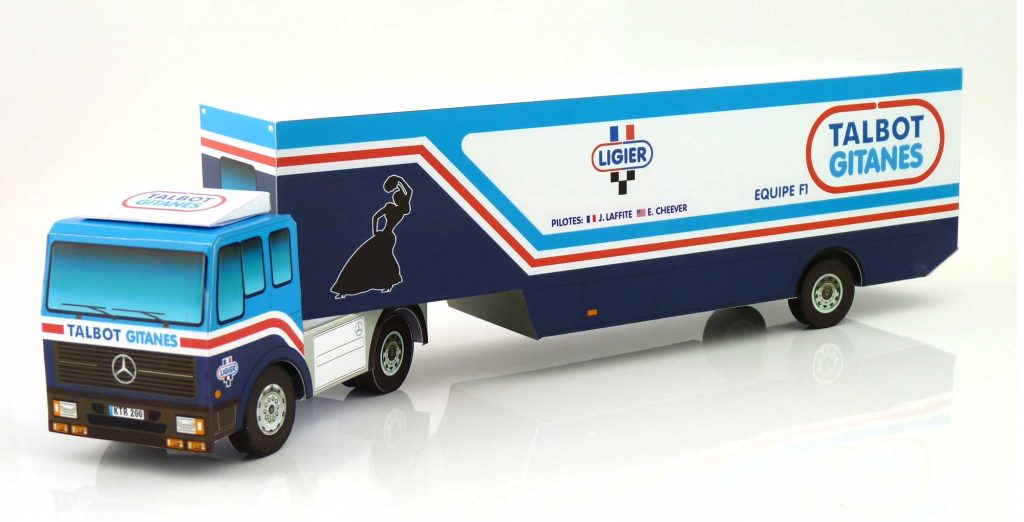